I'm about to blow your mind with this seemingly simple trick. Sponge balls remain one of the most versatile magic props, if you know how to use them!


THE EFFECT:
The performer has two boxes, the black one fits inside of the red one. The performer opens both to reveal a single red sponge ball. The boxes are closed this time weirdly the red box fits inside the back box they are again reopened to show another ball....and then a third one appears! The pieces of the box certainly look empty, so where is all this stuff coming from? 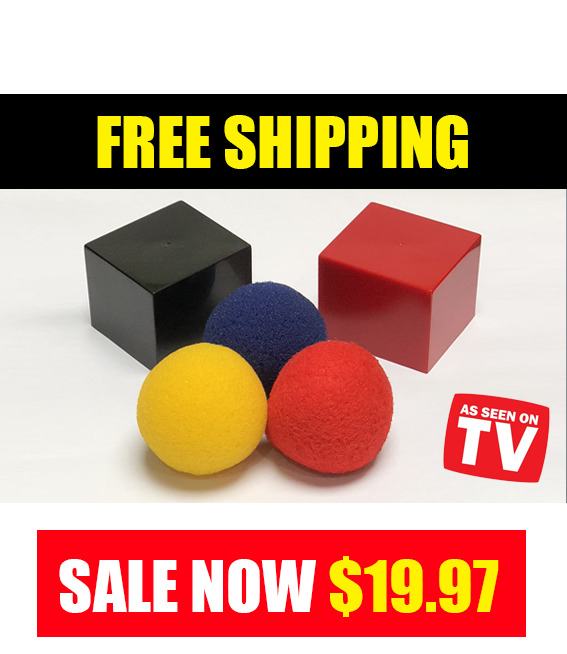 • Pieces can be inspected afterwards

WHO KNEW A SPONGE BALL COULD BE SO MAGICAL?

THE SECRET: For this amazing trick, you’ll need a bit of preparation, first you'll need ParaBox (I've personally owned this trick for nearly 25 years and love it!). Inside the black box, load the red sponge. (Pic 1)

Close the black box, which will compress the 2 balls inside. (Pic 3) Place the blue sponge into the lid of the red box. (Pic 4)

Put the black box inside the lid of the red box, pressing the blue sponge underneath it. (Pic 5)


Assemble the final piece of the red box, closing everything inside, and you are ready to begin the trick! (Pic 6)

To perform remove the lid for your audience, showing the black box inside. (Pic 7) Don’t let them see, but the blue sponge is secretly hidden inside the lid! (Pic 8)

Place the red lid face down on the table and remove the black box. (Pic 9) Open the black box, showing your audience that there is a red sponge inside. (Pic 10)

Another secret bit of trickery. The yellow sponge is carefully concealed inside the black box as well! Don’t show anyone! (Pic 11)


Remove the red sponge and put it on the table, careful not to show the hidden yellow sponge. See how I hold the box away from the audience without drawing suspicion? (Pic 12)

Assemble the red box. Your audience will assume it is empty, however the blue sponge ball will be transitioned from the lid into the bottom of the box automatically (Pic 13)


Place the red box inside the black box and close the lid. Point out to your audience that you've just placed the larger red box inside the smaller black box! (in fact it's an illusion in itself where both boxes fit inside each other a certain way ;-)  (Pic 14)

You can now remove the red box again (Perhaps after a magical phrase or special hand motion). (Pic 15)

Open the red box to reveal the blue sponge. (Pic 16)

Place that sponge on the table. Remember, we still have one more hidden yellow sponge here, inside the black box lid! Don’t let anyone see that. (Pic 17)


Assemble the black box (and the yellow sponge will transition into the box bottom) and place it inside the red box. (Pic 18)

Do a magical hand motion and remove the black box, showing that yet another sponge is inside. (Pic 20)

BONUS TRICK! WHAT ELSE CAN WE DO WITH PARABOX?...

Here is an alternative trick I came up with using the ParaBox gimmick. Take the blue sponge and crumple it up in your hands, making it very tiny. (Pic 21)


Palm it in the position seen in the picture. (Pic 22)

You should be able to make your hands look relaxed. (Pic 23)

When you begin the performance, pass the empty lid into your left hand. As you do this, secretly load the palmed sponge ball into the lid. (Pic 24)

Be careful to always hold that lid in such a way that your audience doesn’t see what’s hidden inside! Now you can pick up the other part of the box and also show that it is empty. (Pic 25) 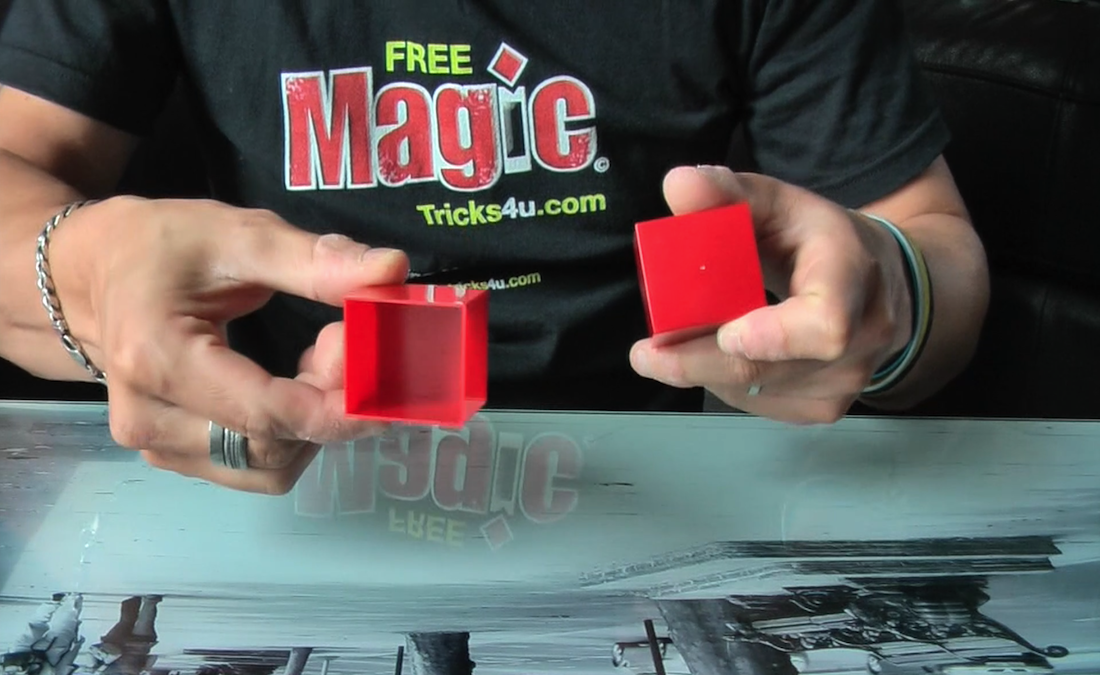 Now close the box, say some mystical words and reveal that a sponge ball has mysteriously appeared inside, as if by magic :) When you get really good you can palm two sponge balls and load the second when you have revealed the first. Double impact!

NEW MAGIC SHOP! We now have a limited number of ParaBox tricks available in our new Magic Store. Delivery is FREE and it's currently on SALE. Get yours HERE.

Remember we offer FREE Worldwide Shipping and a 100% money back guarantee on ALL orders, no questions asked. :-)