Free levitation magic tricks are the ones I get asked day in, day out to add more of. So without further ado I present the spinning card trick. Although similar to the Bottle Cap Levitation with this effect there is more scope for a few 'tricks' as you will see.

THE EFFECT: The magician is able to make an ordinary playing card spin off the top of the deck, levitating between his hands the card is totally under the magician's control. The card floats from one hand to the other, floats up and back down and even around the magicians body 360 degrees!


After the effect spectators examine the playing card and find it is completely normal. Watch the effect in action below then learn free levitation magic. I will break every bit down for you in easy bite sized chunks... 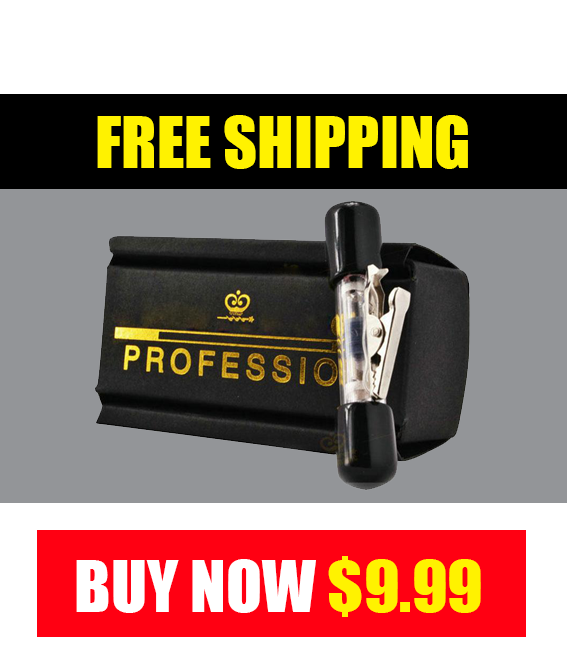 THE SECRET: For this free levitation magic trick you are going to need a pack of playing cards and some trusty magicians thread (invisible thread). You can pick some up from our new magic store HERE. You are also going to need some magicians wax or a small piece of clear tape.

First attach some magicians wax or clear tape to both ends of the invisible thread. You want a length of thread that reaches roughly from your earlobe to your groin area. (This is a rough estimate and you will need to see what length works best for you). 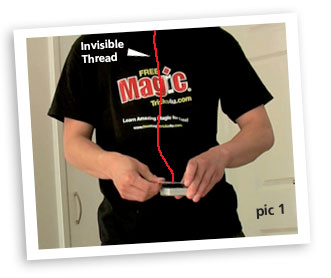 When you are ready to perform the trick hand out the deck of cards to the spectators to examine and/or shuffle.


This is just to get them handling the cards to show them that they are totally normal. Take back the deck and as you do secretly stick the end of the thread directly onto the middle of the top card (pic 1).

If you are using Bicycle Cards (which you definitely should be) to perform this free levitation magic trick you will be able to instantly tell where the exact middle is because there is a small circle on the design that denotes the middle. You are now set to perform a mini miracle.


To get the card to spin off the deck you can do a couple of moves. The easiest is to simply pick up the card and throw it into a spin. The invisible thread will hold the card in the air looking like it is levitating. However you may have noticed this is not how I did it at the beginning of the video. 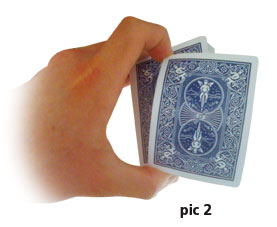 To perform the spin 'flick' move I did in the performance video hold the deck in the Biddle Grip (that is holding the deck from above). Slightly off set the top card (which has the thread attached to).


When you are ready to flick the card simple flex the card by putting pressure on it with your pointer finger and letting the card go. If done correctly it should flick off the top of the deck and begin spinning in mid air. This is a tricky move so do not be put off if it takes a while to get it. Perform the move over and over and you will get there. 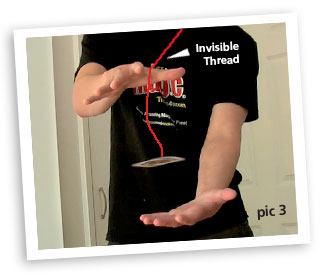 As soon as the card is flicked off the deck or spun (depending on which move you have decided to do) immediately catch the thread in the 'V' of one of your hands (between your pointer finger and thumb).

This gives you much better control of the spinning card (pic 3). Wherever your hand goes the card follows.

TIP: As the card is spinning place your other hand below the card. It will then look like the card is levitating between your hands and for some reason looks very cool indeed!

To make the card spin from one hand to the other (upright so the suit of the card faces the audience) simply hold the card so the thread is fully stretched out (no slack), then spin the card and catch it with the other hand. The thread needs to be fully stretched because you do not want to let the card bounce, it needs to travel in a more or less straight line, otherwise it can look like it is hanging on something.

Watch the end of the performance video again (the black and white bit). Now you know how to perform the trick you will see me spin the card, pass the thread to the other hand so the card travels to the other hand. Then remove my hands completely. This gives the great illusion when my hands fall to my sides that the card really is unsupported. Letting it spin through my hands making a circle also helps.

The last move I do at the end of the free levitation magic trick is by far the hardest part. That is to make the card fly 360 degrees around your body and catch it. My best tip for this is practice, practice, practice.


You need a good spin on the card to give it enough momentum. If you imagine the face of a clock you want to spin the card from your left hand at about 10 O'Clock and fast. With practice the card will spin around your body and you can catch it with your other hand. This is an advanced move so do not be put off if you do not get it straight away.


TIP: If while performing the free levitation magic trick the card starts to slow down after spinning for a while. Catch and stop it. It does not look very good if the card is just hanging in the air and not spinning!


TIP: The best way to learn this free levitation magic trick is to just have fun with it and see what moves you can make up!