If you want to learn magic free this is a nifty little trick that is almost self working. I say almost because it does require a couple of easy slights which I will show you.

This looks great but is, in fact quite simple, read on to learn magic free.

THE EFFECT: You show an ordinary pack of playing cards these can be borrowed. The spectator can shuffle the deck if they so wish. You take the deck and ask a spectator to pick a card. A card is chosen and returned to the deck. The deck is then well shuffled.


With a magical snap the magician fans the cards to show that the whole deck has reverted back to normal. All cards are facing the same way except one card, the spectators chosen card! Watch the effect below to learn magic free...

Do you want to own all my tutorial videos? Get them on CD HERE.

THE SECRET:
OK, wanna learn magic free? Here is the secret. This trick is very powerful and uses a couple of slights. Watch the reveal video below and learn magic free...

Do you want to own all my tutorial videos? Get them on CD HERE.

First off you need to learn a false shuffle or two. In the performance video above I used three (four including the Slip Slop Shuffle, more on this later). If you are just starting out one false shuffle will probably suffice but the more you can incorporate into the routine the more the spectators card looks lost in the deck when in fact it is not.


You need to have total control as to where you want the spectators card to be. This is easier than it sounds. The first shuffle I used above is the False Hindu Shuffle. This shuffle looks like you are mixing the cards but in fact the spectators card remains on top. To do this shuffle begin with the spectators card on top of the deck. Cut a small portion of cards off the top and move it below the deck, keep a break so the portion secretly keeps separate.


Keep stripping cards off the top of the deck into your other hand until you come to your original portion which you then place back on top. The result is that you have shuffled some of the cards but retained the spectators card on top. With the next shuffle you need to get the spectators card to the bottom of the deck. 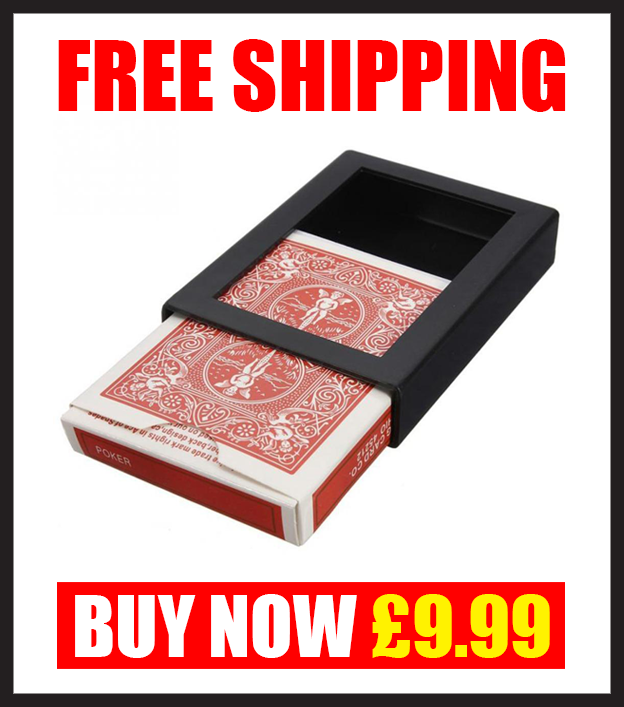 Whichever method you use you should end up with the spectators card on the bottom of the deck. The last shuffle I used was the Riffle Shuffle. I just made sure I kept the spectators card at the bottom. Now begin the Slip Slop Shuffle by taking ten cards or so and turning them upside down on the deck. Go deeper into the deck and turn more cards over. Make sure each time you do this you go deeper into the deck or else you will mess it up!


So how are you able to cut directly in the center of the deck? Well this is easier that it sounds. When cards are back to back they break naturally at that point due to the way they bend slightly. So it is just a case of feeling where the break is and separating the cards.


When you show the back to back cards all you need to do is secretly turn the top half of the deck over then place it back on the deck and square it up. What you have just done is to correct the order of the deck apart from the spectators card which will be face up.

Now all that is left for you to do is give a magical gesture like snapping your fingers or waving your hands over the cards then fan the deck to reveal it is back to normal apart from once card which is face up - the spectators card. Your audience are guaranteed to be amazed!